Study Enrollment
Thank you to all CHSS members and site coordinators. We could not do it without your hard work and contribution. The following chart includes actively enrolling cohorts and inactive cohorts that are not enrolling new patients but are actively followed annually by collecting data for the enrolled participants from CHSS institutions. 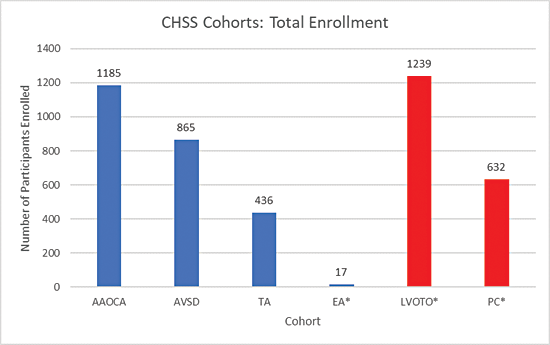